08 October 2016 – The reported transatlantic 2 meter contact between PY1MHZ in Brazil and V51PJ in Namibia turned out to be a false alarm, based on an incorrect interpretation of screen captures from the event!

Closer Look Reveals that Reported Transatlantic 2 Meter Contact Did Not Happen. Screen captures of the protocol software were supplied to document the contact, but the software’s lead developer, Joe Taylor, K1JT, noticed debugging information, indicating that a prototype version of the protocol was being used. On closer inspection, the indicator values showed that the decodes were probably based on call sign information being known in advance, as is common with scheduled contacts.

“There was no intention to deceive,” Taylor told ARRL. “It was a perfectly honest mistake. It’s unfortunate. Many of us wish the report of such a QSO could be true — but it’s not.”

Between 04 and 05 October 2016 a new record was set. PY1MHZ Marcos received in the city of Rio de Janeiro, Brasil from locator GG87JC the 2 m signal of V51PJ  from locator JG82IE in Rosh Pinah, Namibia by using digital mode WSJT-X via Tropospheric ducting.

The distance between the two stations is 5987 km

Only thanks to the persistence and determination of these OM this historic achievement was possible.

We are all thankful to K1JT Joe Taylor that continuously provides to our community state of the art software. 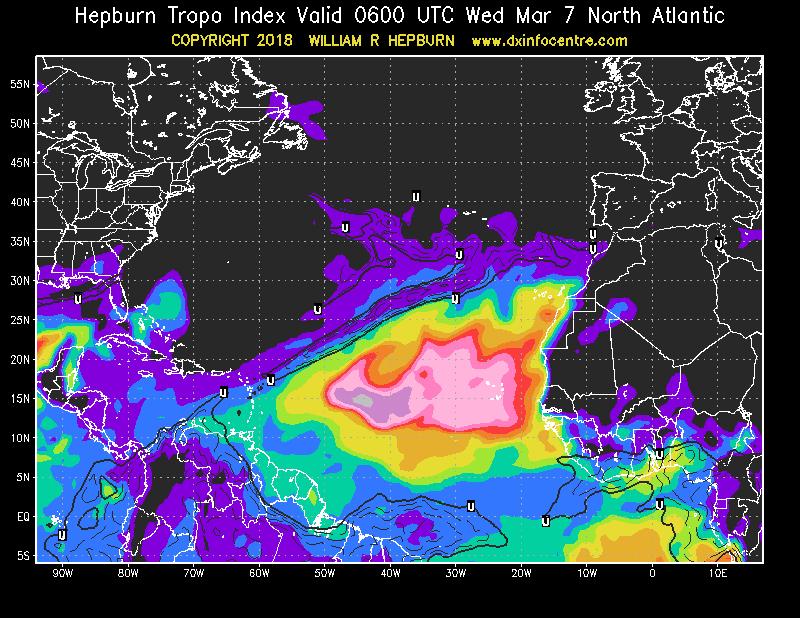 D41CV 2m FT8 ready for Transatlantic
Hi everyone, at D4C there are experiments going on on 2m FT8 Thanks to Mark EA8FF, D4C station was upgraded in a way that FT8 mode is manageable on remote We run...
by: Andrea
Read this
We use cookies to ensure that we give you the best experience on our website. If you continue to use this site we will assume that you are happy with it.OkPrivacy policy